In 1935 Walter Benjamin compared the performances of the stage actor and the film actor. He found two differences:

Benjamin theorised that both differences are produced by the intrusion of the camera as mediating interface between actor and audience. It changes the relationship between them, restructuring the norms of performing and receiving1. A single reciprocal relation between performer and audience is replaced by two unilateral relations—between performer and camera and between camera and audience. The breakdown of reciprocity fixes the difference between producer and consumer, polarising their division of labour.

The camera’s role is surgical, dissecting the performance for inspection. Removing the audience from the performance space it removes the actor from their source of immediate feedback. Benjamin described a new kind of performance anxiety that arises for the film actor, likening it to the feeling of standing before one’s image in the mirror. The attitude of the audience shifts from reciprocal involvement to unilateral scrutiny. The camera tests; the audience test with it (there is nothing else they can do). The screen performance is tested for its “realism” even though its production for reproduction is always an act of artifice2.

The screen performance is reproducible and transmittable. What was once the stage performance—an organic unity of heterogeneous components tied to particular presence and audience, to accidents of circumstance, to local intensities and feedbacks, wholly untransmittable—is multiplied, dissected and resynthesised into a new, transmittable unity—which is then scrutinised for exactly those particularities destroyed in its creation. The public gaze is forensic, an interrogation of a scene for the fading traces of what is always-already gone (telescoped through its mediation, it can’t not be).

For Benjamin as with Baudrillard later, this mutation in the mode of perception speaks to a mutation in the law of value that gives shape to social reality. In the age of mechanical reproduction, communications technologies and media saturation the unique and individual may still be what is valued, but valuability itself is always subservient to the principle of reproduction. That which can have a value assigned to it, positive or negative, low or high, must first be framed as a content in a space of reproducible representation. The anxiety described by Benjamin is the product of a contradictory imperative to be reproducibly unique. The unique mystery of the stage performance—what he calls its “aura”—is necessarily lost with separation in time and space of performer and audience, yet the actor now faces a forensic pressure to reproduce the signs of that very mystery.

» presence and closeness (or, lifeworlds and fourth walls)

Benjamin understood this mutation in terms of a libidinal drive towards closeness. He describes the aura as “the unique phenomenon of a distance”, attributing its decay to the “the desire of contemporary masses to bring things ‘closer’ spatially and humanly.” But within his analysis there is a strange tension. He tell us the aura is both presence and distance, and that the bringing-close that mechanical reproduction makes possible (the surgical close-ups of the camera, the hypervisibility of far off things) somehow results in loss of presence. Closeness and presence are set in opposition, yet Benjamin never unwraps this paradox.

This tension can be understood if “closeness” is held to refer to aesthetic closeness and “presence” to normative closeness, which is just participatory involvement (or interiority). Aesthetic proximity is produced by an operation of framing that severs obligations (in the broad sense of the recognition of providing authoritative reasons to act, as in the obligation one has to the rattlesnake3). Normative detachment is the moulding of exteriority, the division of a social space by transparent membranes that torpedo involvements and multiply camera angles via the same mechanism. It crystallises the dynamic intensities in the social field, fixing all differences by placing fourth walls between everything. The pull of closeness is the drive towards aesthetic detachment, to the clearing away of obligations in order to get a better look at things. It is a striving for liberation from the labour involved in the commingling of narratives.

Benjamin’s analysis of ritual value yields a similar puzzle. The aura of the artwork, he says, is grounded in ritual, and the decay of the aura is the result of the privileging of exhibition value over ritual value. It can be seen that in the case of ritual objects, their lack of mass visibility is a clue to their true nature. Their value and function—whether aesthetic, magical, devotional, or archival—is internal to their lifeworld, the concrete social context that produced them. To this extent they can never exist purely for display (which is to say, their value-context cannot be exchanged for another4). Their essential lifeworld embedding ensures they are always infused with a residue of the social symbolic, the concrete and particular human relations that are their telos and referent. It is this quality of concrete embeddedness that is the distinctive mark of the aura. Perceived hiddenness arises from the fact that there is no need for exhibition in the case of an embedded object, since its audience already belong to its lifeworld.

That which remains socially embedded is rendered invisible in a world that registers only what has been abstracted for reproduction, that which has been placed within a frame (a website makes it real). The framing operation de-embeds an object, an event, a message, or a person. It is a violent foregrounding which translates particularity into the abstract universality of a media space. This is always a threefold process:

A particular building is composed of material properties, shapes, spaces, locations, histories, intentions, perspectives, air flows, warpings, movements of shadows. Decomposed as a series of photographic details it is reconstructed as an aesthetic object by the Instagram interface. Each detail is mapped to a square image of a specific size, saturation and hue unified by filters, a similarity in camera angles and distances, etc.—whatever is required to make the series hang together as a grid of images. Whitespace is never innocent. The synthesis of the new unity both maps the mappable to a homogenous space, and excludes whatever is too bound to particularity to be mapped (the memories, the histories). What is excluded is condemned to technical invisibility, socially equivalent to metaphysical unreality. But the excluded particularity never goes anywhere, remaining present while sentenced as unreal. (Benjamin’s anxiety is the haunting of exalted ghosts by the discarded living.)

The real is reclusive—the reality principle ensures it5. Photographs of subculture always seem tacky, for no other reason than that their scenes have not been contrived for camera6. Artifacts of subculture are always infused with ritual value tied to concrete people, histories, places, times, and events. Tackiness (the unaesthetic) is the result of placing a ritual object in an exhibition context. The internet is full of photographs and videos of free parties, but they are mostly lame. Good parties don’t photograph well, because all energies are directed into the production of unreproducible particularities. As far as the value logic of media space goes, they end up hidden without ever trying to be, the invisibility of the uncurated.

Meanwhile Berghain makes a policy of hiddenness. The ban on photography ostensibly serves to protect its authenticity, but really it functions by deflecting from the fact that if people were to take photos in there, most would be bad: it is all noise and darkness. The fear is not that photographs would undermine authenticity, but that they would reveal the wrong kind of authenticity (the authenticity of the unaesthetically familiar) and discharge the mystique. Hiddenness as policy is a protection of aesthetic visibility as virtuality. The active hiddenness practiced by Berghain (pointless for any genuine underground, whose hiddenness is a direct product of its genuineness) is tactical, and has the opposite effect of its apparent aims: it is both artificial creation of a gap in media’s reach and the aesthetisation of this very gap. Protection of authenticity is an alibi for the protection of the reproducibility principle. All this amounts to is an extension of the logic of media space into the gap, that is, into physical reality itself. In its aestheticised hiddenness Berghain is hypervisible in potentia. Free parties are happening everywhere, yet they are nowhere to be seen. 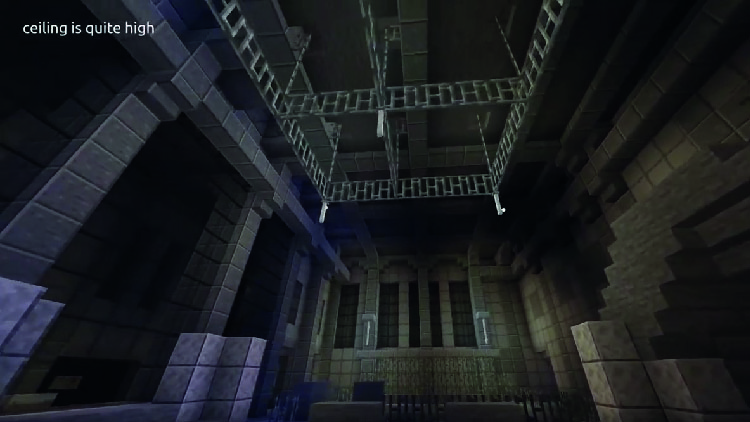